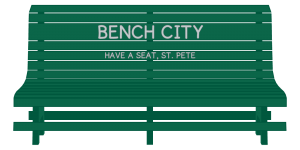 The Green Benches of St. Petersburg date back over a century. The first benches appeared in the early 1900s, but differed in style and color, as their creation was targeted for business advertisement purposes.

In 1916, Al Lang, the Mayor of St. Petersburg, pushed for consistency with respect to the city’s benches. A bench with a curved contour shape and a dark green coat of paint was chosen, and thus began the placement of thousands of Green Benches all over the city. From there on, the benches represented the city’s great hospitality. Postcards depicted crowds gathered on the benches, which lined the city streets, relaxing, conversing, and enjoying the day. St. Petersburg became known as the “City of Green Benches” and those who frequented the benches became known as “Green Benchers.”

By 1960, the popularity of the benches, and their significance of conveying sunshine, outdoor living, and friendliness, helped make St. Petersburg a tourist destination. This reputation caused an influx of many retirees, who wanted to call St. Petersburg their home.

During this time, some city leaders were worried about the negative connotation and the image associated with the nickname, the “City of Green Benches.” They felt the city needed to have a more youthful appearance and decided to paint the benches a “youthful” pastel color. In 1967, this transformation attempt was deemed a failure, and the benches began to disappear, following a city ordinance. By 1969, most of the benches were gone.

Here at Bench City, we seek to restore the image of the Green Benches. The benches were once an icon during significant times of St. Petersburg’s early development. They symbolized a sense of community. Currently, the city is experiencing another period of growth, and what better way to support this than bringing back the Green Benches that once represented what the city had to offer, and currently offers. From the ever-expanding downtown skyline, the wall murals from an extensive arts community, the unique architecture, and the local shops and businesses, to the beaches, the parks, the front yards, and backyards, the “Sunshine City” and all of its beauty, can all be experienced from the comfort of a historical seat.

Our goal with Bench City Green Benches is to offer a glimpse into the past, and to experience what helped make St. Petersburg a great destination, both to visit and reside. With attention to detail as much as possible, we have used extensive research for authenticity, along with our slight modern touches to add style, comfort, and durability. We use wood resistant to shrinking and swelling, and reference blueprints from the city to maintain the overall dimensions, contour shape, and comfort. We put a radius on the top edges of each slat for additional comfort. We conceal all of the bench fasteners to give a clean, modern look. We cover the bench in a blanket of green exterior paint color for durability. We engrave the lettering on the front of the bench before finishing with silver exterior paint color in the engraved area, further adding to the bench’s durability. Bench City Green Benches look great anywhere, and are sure to stir up great conversations between strangers, friends, and family.

We want to bring St. Petersburg’s diverse population and the city’s visitors together. 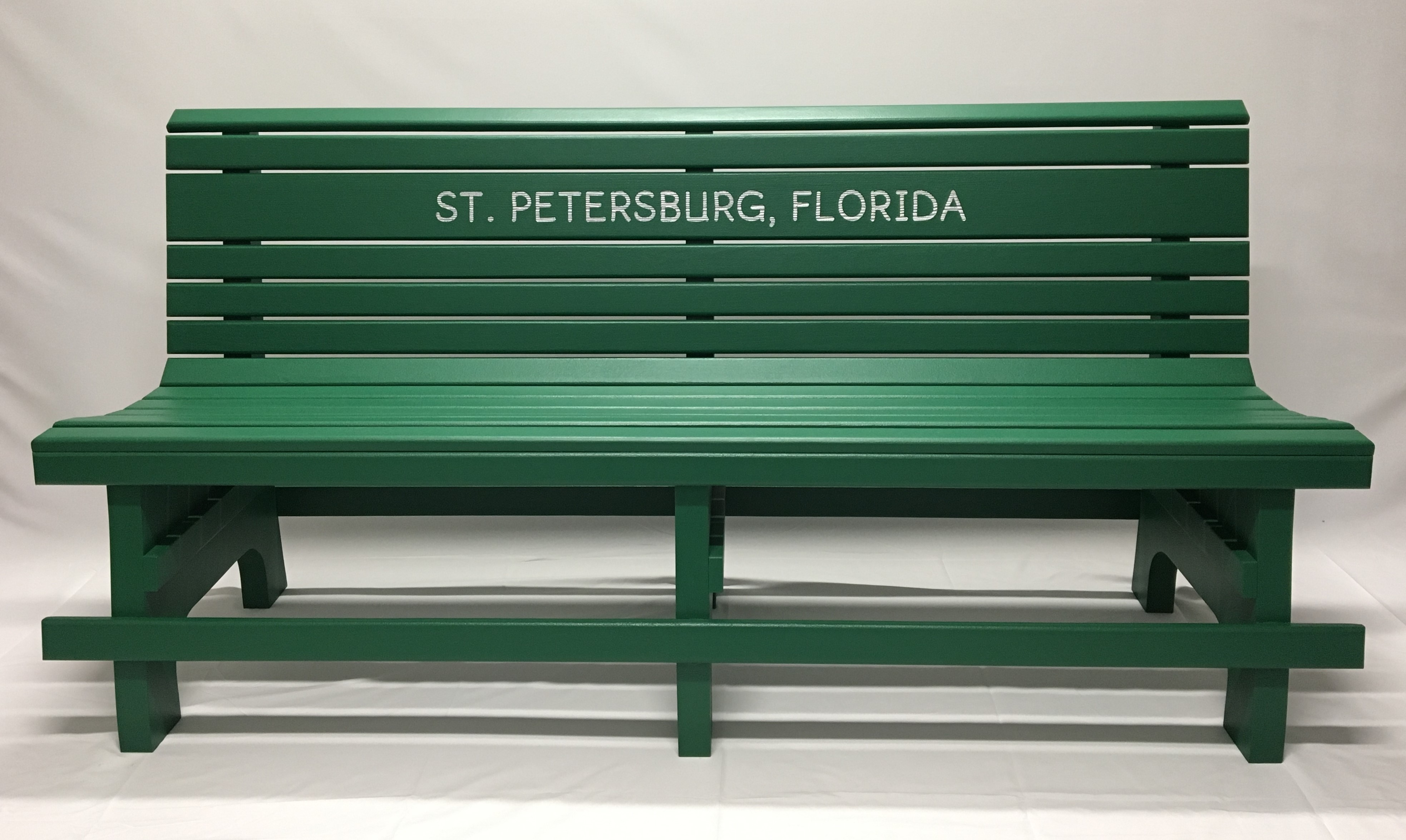 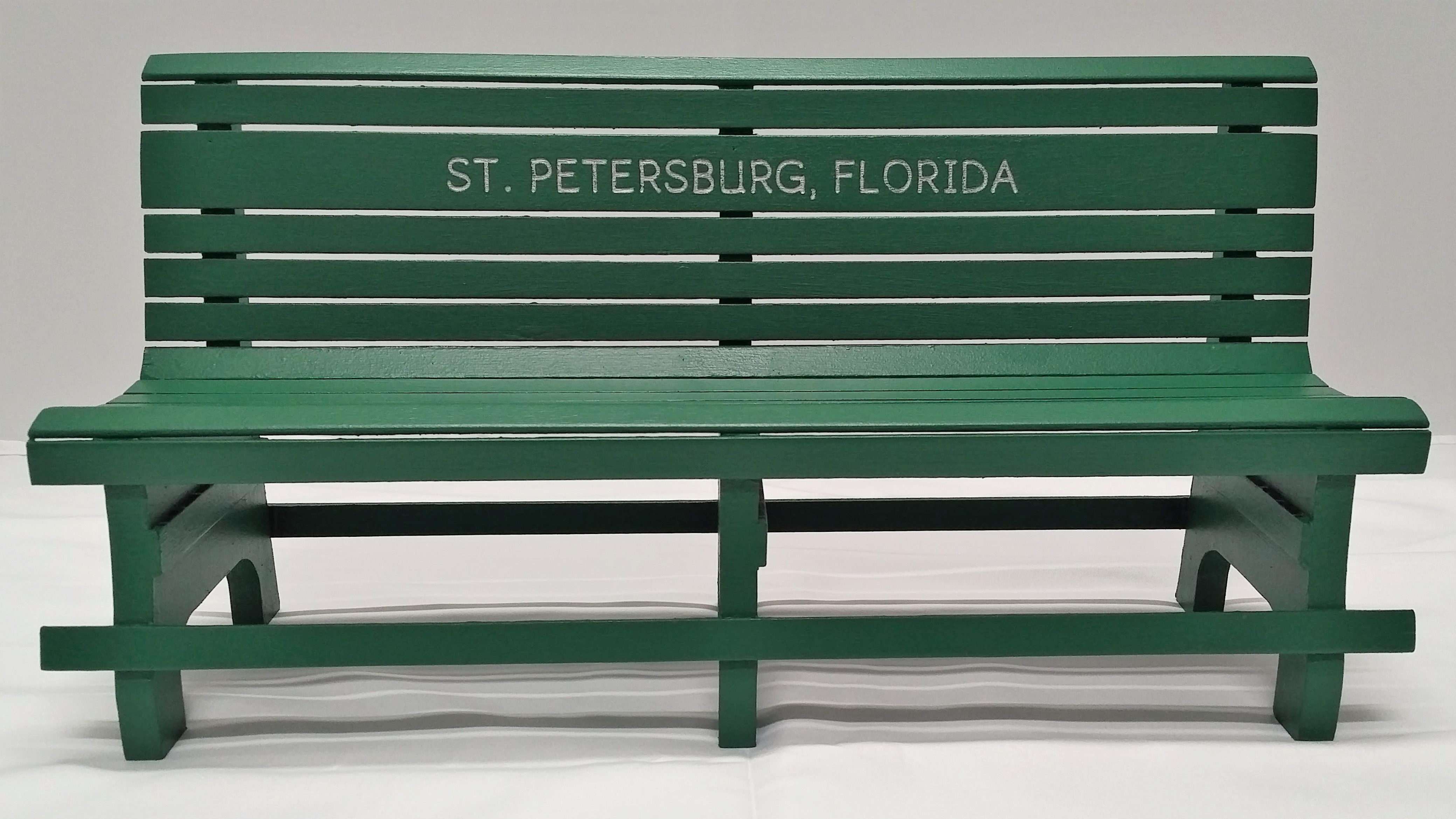 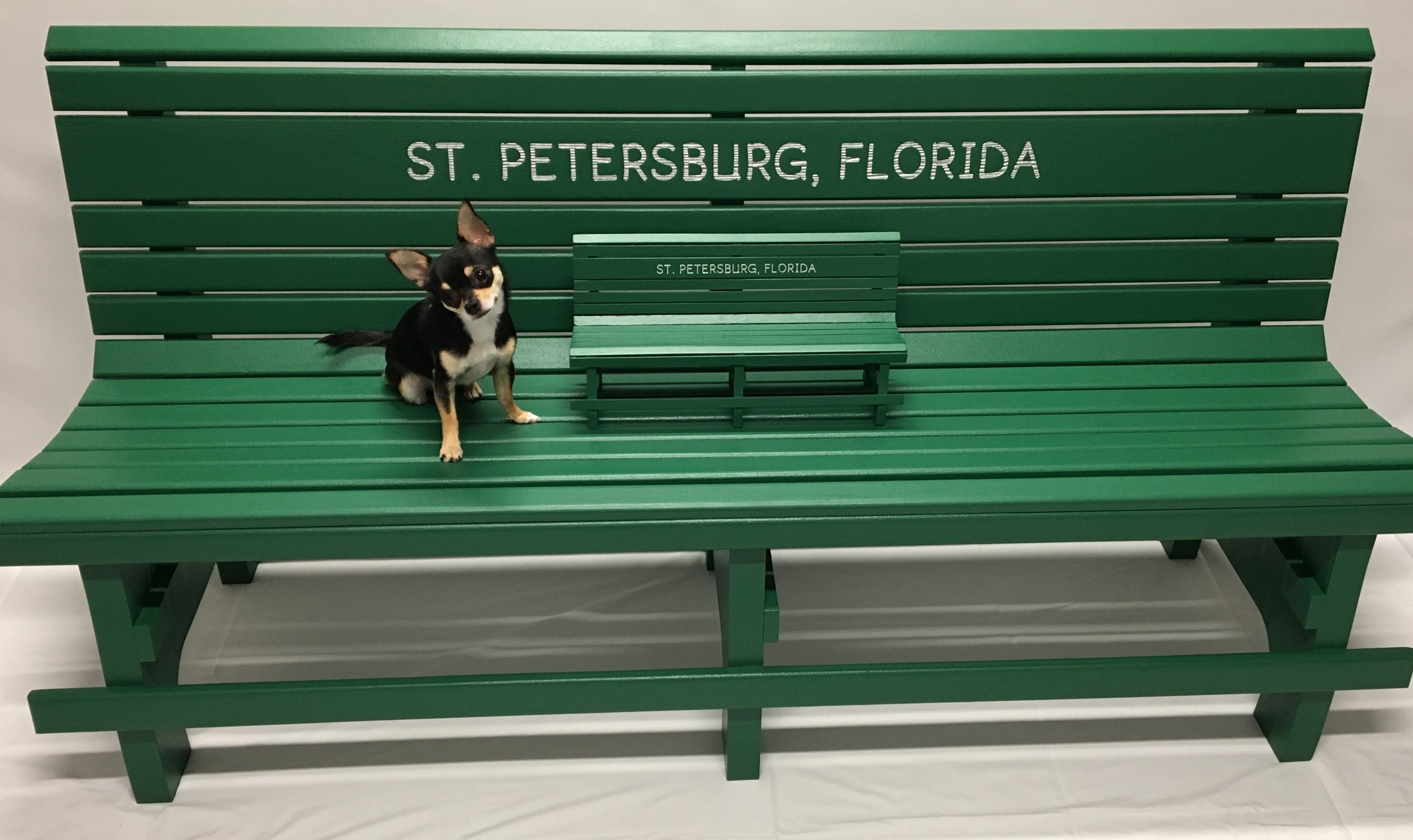 Join the Locals List!
We’ll keep you posted on St. Pete events, offers and news you won’t want to miss!

We're working diligently on our store to get it up and running. In the meantime, join our newsletter for updates and we'll let you know when it's ready!